×
Skip to main content
3 FOR 2 ACROSS ALL PICK 'N' MIX WITH CODE 1FREE. SHOP NOW

Mark Hill is one of the defining influences on British hairdressing. 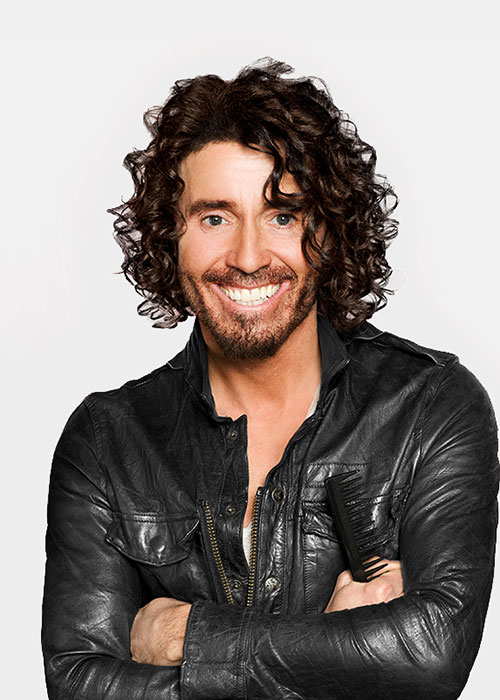 Mark has an ex-girlfriend to thank for introducing him to hairdressing. He was just 15 and looking for a part-time job, and she worked in a salon; she suggested he might like it too and mark never looked back!

Passionate about training, mark moved from his local village salon in Hessle when he was 16 into a busy city-centre salon in hull – even then he knew he needed to experience all aspects of hairdressing if he was to succeed.

His next move was to the salon he now owns in the beautiful village of Kirk Ella on the outskirts of hull where he continued to train and practice his craft, sometimes until late into the night. This hard work paid off and he was named the youngest member of the British hairdressing team when he was 17.

For the next few years, mark travelled the world with the team, competing in hundreds of hairdressing competitions and slowly his reputation as one of the best grew within the industry. His model for all his competitions is now his wife!

After being told he would never be able to win British hairdresser of the year or have his own hair cosmetics line, mark set out to prove them wrong!

Now, with both the hair cosmetics line and all of the top industry accolades under his belt, mark is a hairdressing institution but staying true to his hairdressing roots is paramount – he still rolls up his sleeves in his beautiful salon with the rest of the mark hill team, cutting and styling three days a week, keeping him at the vanguard of both creative and technical advances.

This technical know-how continues to add to his creative vision, while his down-to-earth approach and boundless charm have earned mark the ultimate respect of his fellow professionals.

With his career spanning 4 decades, Mark has won just about every award the world of hairdressing has to offer! Voted ‘The most outstanding hairdresser of his generation’, Mark received the most prestigious award of his career when he was named ‘The hairdressers' hairdresser’. This is still his most treasured award to date.

British hairdresser of the year

The most coveted award in the Hairdressing Industry This is not an award you can enter. To be eligible to win, you have to have won a regional or creative category 3 times and then by nominated by industry peers. On nomination, you submit a collection of images along with your full PR profile to be judged by a panel made up from other hairdressers, product manufacturers and beauty journalists. At the award ceremony itself, you have to present 3 models and it is only after then the winner is decided. Mark Hill won the title of British Hairdresser of the Year in 2000 and 2003.

International hairdresser of the year

The Canadian Hairdresser Mirror Awards is one of the most prestigious Award ceremonies open to hairdressers from all around the world. The International Stylist category is by nomination only. Nominated by an editor, art director or board of directors, entrants must send a collection of images including Multicultural, Mens, Long Hair, Avant Garde, and Classic. The winner is decided by a panel of international judges including hairdressers and journalists. Mark Hill won the title of International Hairdresser of the Year in 2001 and 2002.

Creative hairdresser of the year

Northern hairdresser of the year

Voted for by a panel of industry peers and beauty journalists, the winner of this category represents their local area for the following 12 months. You can only win a maximum of 3 times which then gains induction into the British Hairdressing Awards Hall of Fame Mark Hill won the title of Northern Hairdresser of the Year in 1993, 1994 and 1997.

The award recognises those who have achieved excellence in the hair fashion industry and are respected worldwide as leaders, entrepreneurs and masters of their craft. Mark Hill won the award in 1997.

During his time working with the British Team, Mark Hill travelled extensively through Europe and won 68 International Gold Medals both individually and as a team. Voted the most outstanding Hairdresser of his Generation The unique Gilbert Pearce Award was awarded to Mark in recognition of his hairdressing skills. Mark Hill was presented with the award in 1995.

The Fellowship of British Hairdressers voted Mark their ‘Hairdressers’ Hairdresser of the Year in recognition of all of his achievements both here and internationally Mark Hill won this award in 2000.

The British Guild of Hairdressers presented this award to Mark in recognition of promoting British Hairdressing both in the UK and Internationally Mark Hill was presented with this award in 2003.

Submitting a collection of images along with an impressive press pack including magazine cuttings, TV appearances and interviews, Mark was voted to have the best Press Pack by the Association International Presse Professionnelle in Paris. Mark Hill won this award in 2001.

HE CREATES BEAUTIFUL AND WEARABLE STYLES THAT WOMEN ACROSS THE WORLD WANT TO EMULATE, AND IS APPLAUDED BY THE INDUSTRY FOR HIS RE-INVENTION OF GLAMOUR.

Have fun on TikTok

GET 10% OFF YOUR NEXT ORDER

SIMPLY ENTER YOUR EMAIL ADDRESS BELOW THEN CHECK YOUR INBOX!

Register for 10% off your next order.